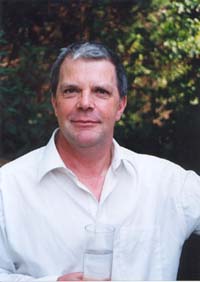 In memory of the late John Greer, who was a valued and skilled member of a Team that Eileen trained in the Prevention & Intervention programme in Liverpool in 2001 and with the kind permission of his wife and daughters, we have set up the John Greer Award which is accompanied by a book voucher of £100. John was highly regarded by all his colleagues and Eileen speaks of him still as a kind, profound, courteous man whose contributions she greatly valued.

The award is given to the participant on a 12 day Prevention & Intervention Training Programme who has made valuable contributions to the course and who has shown courtesy and respect towards fellow delegates to create a safe learning environment – in recognition of just a few of the many personal qualities which John possessed.

Below are details of the recipients to date: 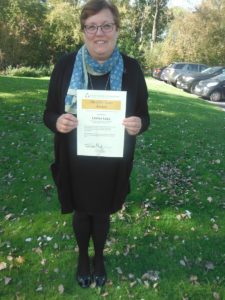 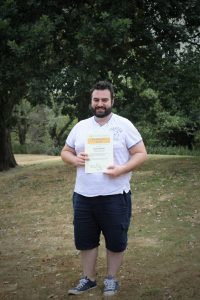 In early 2018, the recipient is Helen Geaney, a Family Practitioner with Catch22 and Coventry City Council’s FACT22 Team 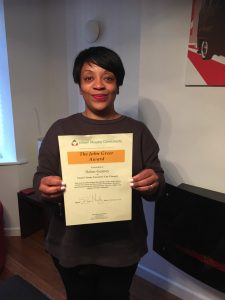 The 2016 recipient is Sharon Rollason, a member of the Spurgeon’s Team in Birmingham – working with children and families. 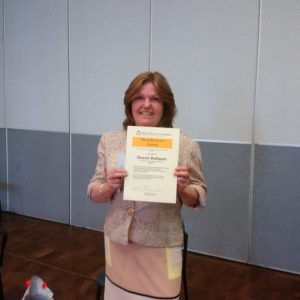 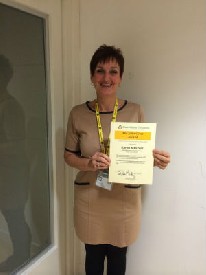 The 2010 recipient is Janette Pollard of East Riding of Yorkshire Council receives her award from Alison Michalska, Director of Children, Family and Adult Services. 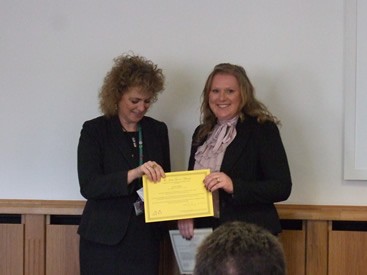 The 2008 recipient is Shirley Hanson, Social Worker with Rochdale Metropolitan Borough Council, Children & Families Department. Seen here with Steve Garner, Director of Children Families who presented the award to her on the last day of training. 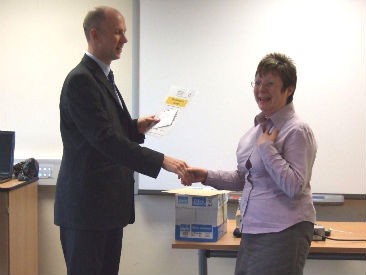 In 2007 the John Greer Award was awarded to Terry Braithwaite, Manager of the Family Solutions Team at Sandwell Metropolitan Borough Council. Seen here receiving his award from Eileen Murphy – May 2007. 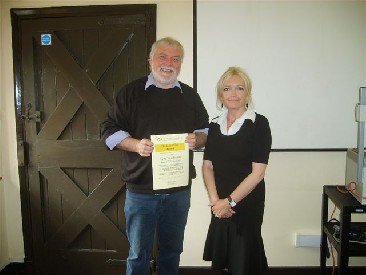 In 2005 Iqbal Chadha, an Education Welfare Officer for Dudley Metropolitan Borough Council, is the fourth winner of the John Greer Award. 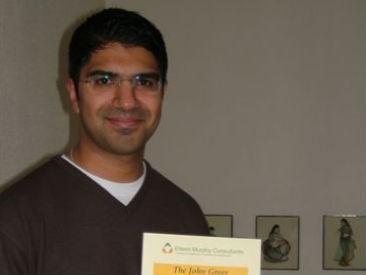 Christina Ali, London Borough of Merton, is the third person to be awarded the John Greer Award. 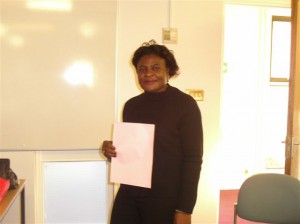 Thelma Phillips, P & I Practitioner, Oxford, pictured below, is the second recipient of the John Greer Award. Thelma received her award from Charles Waddicor, Director of Social Services, Oxfordshire Council in July 2005. 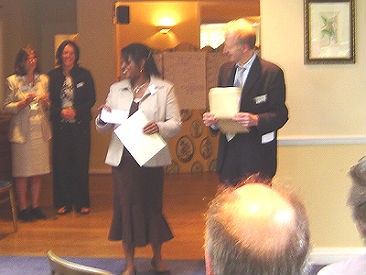 The first recipient of the John Greer Award is Jean Reynolds. Pictured below Eileen Murphy, at Dudley Metropolitan Borough Council. 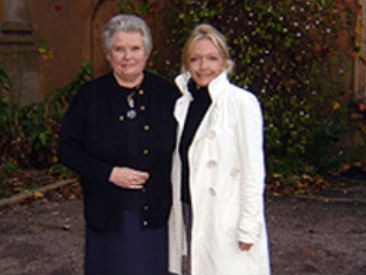 Instant mental health resource for schools...... by @EileenHMurphy - thought it might be of interest @naomicfisher https://brief-therapy-uk.com/instant-mental-health-resource-schools/